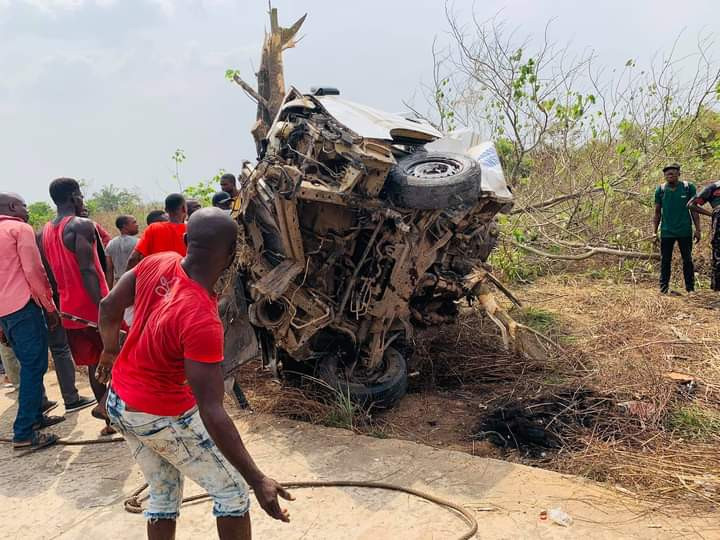 Confirming the incident, the Police Command, through its Public Relations Officer (PPRO), Usman Abdullahi said the accident was caused by a tyre bust.

The tyre bust, according to him, the driver of the vehicle lost control and it somersaulted several times.

While seven of the passengers died on the spot, the other one, according to him, gave up the ghost while being rushed to hospital for medication.

One out of the nine passengers was also confirmed to have sustained various degrees of injuries and is presently undergoing treatment at the emergency ward of the Federal Medical Centre, Jalingo.

The vehicle was said to have left Jalingo, the State capital heading to Enugu State when the ill-fated accident occurred.

Also confirming the report, an officer of the Federal Road Safety Commission blamed the accident on overspeeding.

He urged drivers to always reduce their speed limits and ensure that their vehicles were in good condition.