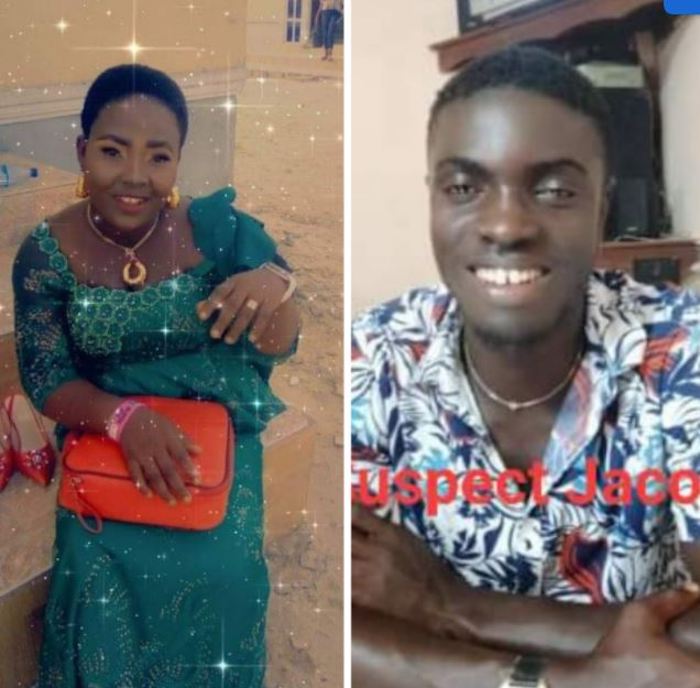 The suspect allegedly assaulted the deceased in the presence of her husband following a heated argument that ensued between them.

According to human rights activist, Israel Joe, the deceased, died on December 17, 2021, after she was allegedly assaulted by the suspect identified as Jacob alias Tawho.

In a petition dated January 4, 2022 and addressed to Burutu Area Commander, the family said that the suspect assaulted the deceased in the presence of her husband, Mr Samuel Broderick, following a heated argument that ensued between them on November 8, 2021.

Betty was rushed to Ogulaha hospital where she was confirmed to have lost her seven months pregnancy.

The doctor later referred them the University of Benin Teaching Hospital (UBTH) for a C.T.C scan.

“The family of the culprit who had earlier rushed the deceased to the cottage hospital in Ogulaha later became nonchalant as Tawho had prevailed on them to disregard the cries of the deceaced on the ground that she was merely pretending of nurturing any pain,’ the petition reads.

“As a result of this abandonment, the deceased family now decided to rush her to another nearby clinic in Udi where she was briefly attended to before referring her to the General Hospital Warri where the deceased was eventually taken and treatment administered on her for a few hours before she finally gave up the ghost on December 17. Her remains has since been deposited at the Warri Central Hospital Mortuary,”

“It is instructive to state that the husband of the deceased, Mr Samuel Broderick was quite complicit in the run up to the demise of Mrs Betty Broderick as he literally stood aloof when Tawho assaulted the deceased

“Additionally, there was little or no financial support from him at the material time the deceased was hospitalised at the cottage hospital Ogulaha and when she was eventually transferred to the Centarl Hospital Warri.”

”Domestic Violence leading to the death of a pregnant woman Betty Broderick.

The family of Betty Broderick has forwarded a petition to your office through their legal counsel on how one suspected Jacob, relative to the husband of the deceased b.e.a.t up the deceased leading to her loosing her 7 months pregnancy and subsequent d.e.a.t.h.

She struggled to live, but gave up at the Central Hospital, Warri on the 17th of December 2021. Her family demands justice and arrest of Jacob.

Her husband who watched his relative b.e.a.t up his wife to pop owing to an assumption that the wife is not loyal should also be made to face the consequences of his actions.

We would not want the victim’s family to take revenge or law into their hands as the husband’s family comes to appeal for the b.u.r.i.a.l of their wife and we want the police to do the needful. More details on this space will no doubt infuriate the public. 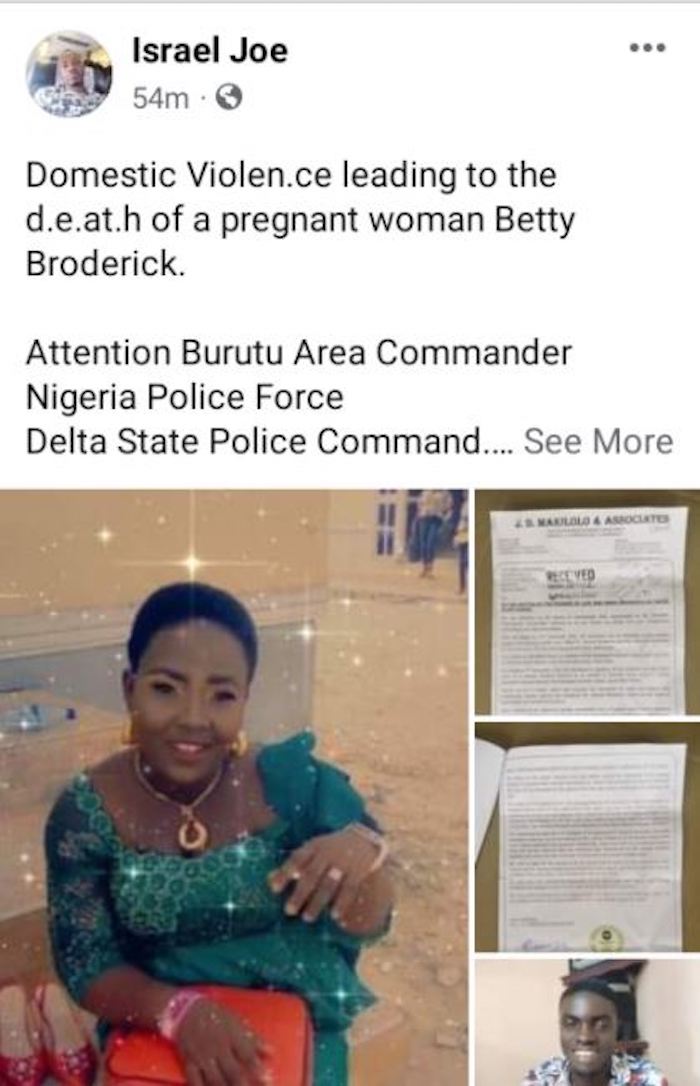 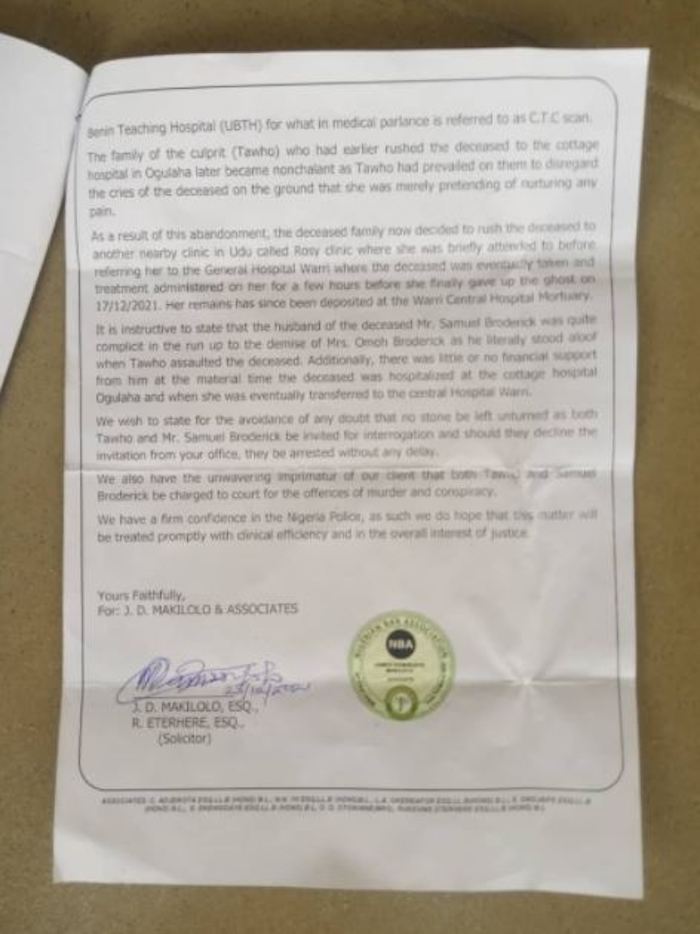 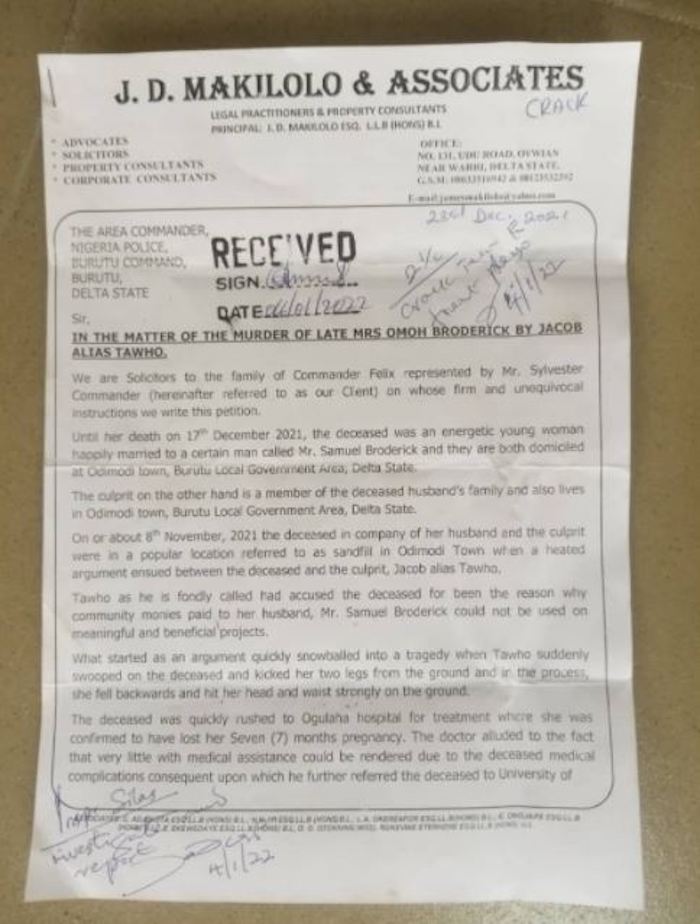 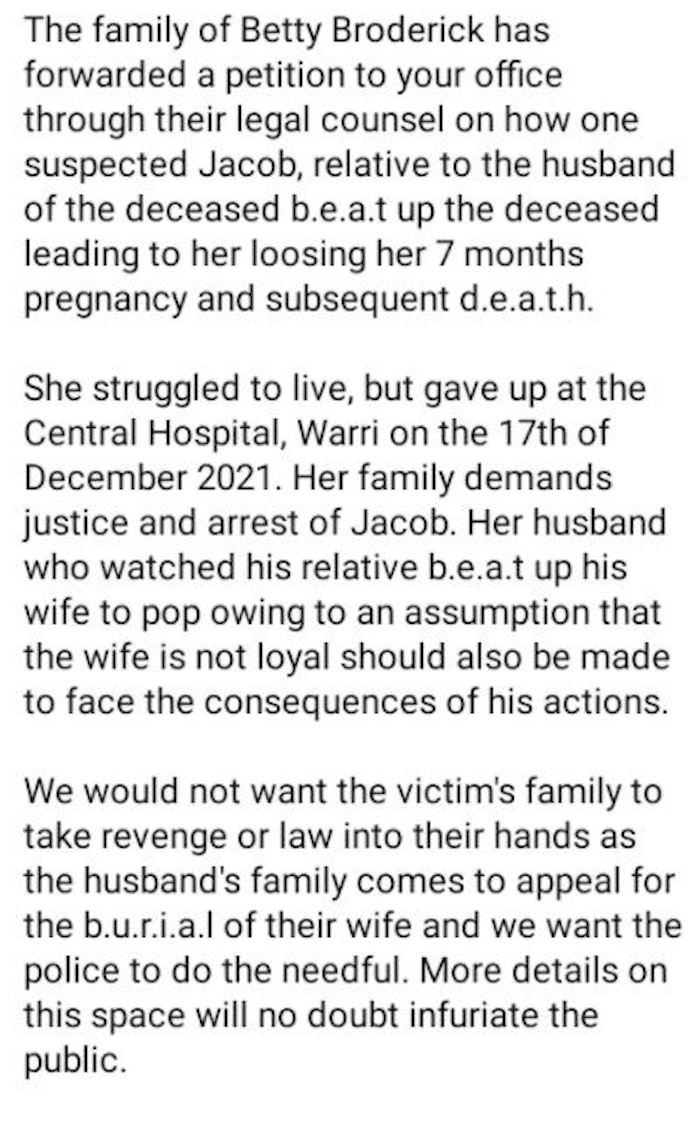