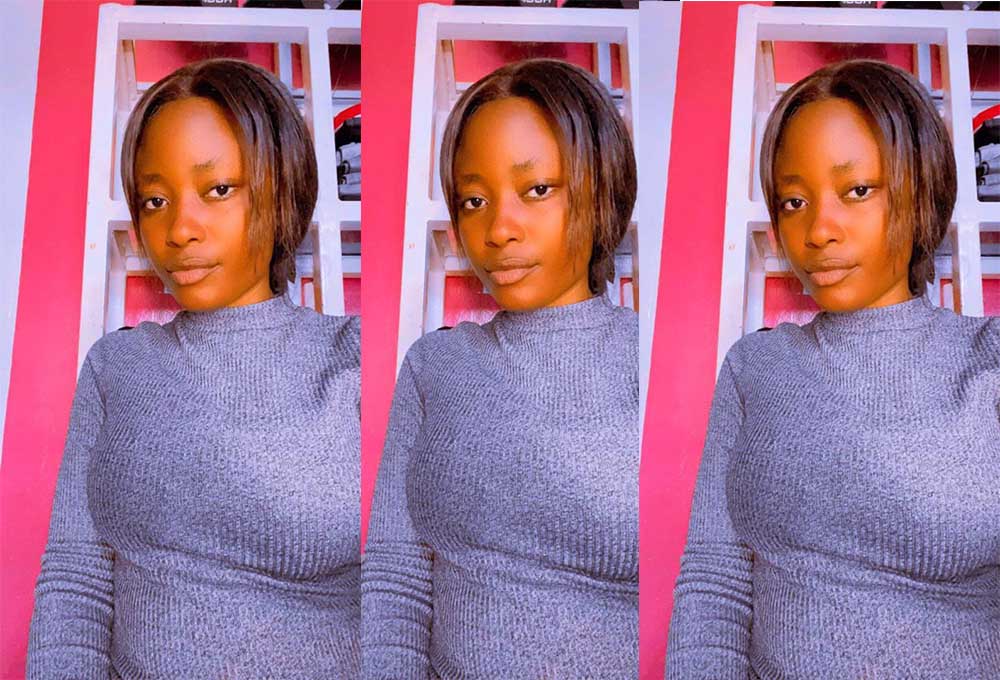 A missing student of the University of Jos, Plateau State, identified as Jennifer Anthony has been reportedly found dead.

All attempt to find her proved abortive until her body was recovered in a hotel in Jos with both eyes gouged out, indicating she may have been killed for ritual purposes.

One Daniel Olugbenga Adediran had earlier appealed to the public for help in locating her whereabouts. 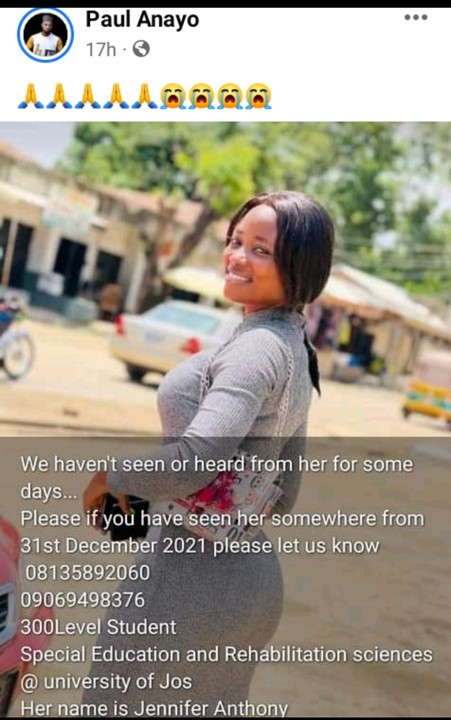